Running a Rails server with GraphQL and GraphiQL

How to integrate a Rails Backend Application with GraphQL

This tutorial gives a brief to understand how to build a Rails backend server with GraphQL integration. Since there’s no frontend involved, we’ll be using GraphiQL to make the requests to our server.

Ruby is a very high level language, which means Ruby abstracts away (i.e. handles for you) most of the complex details of the machine. Thus, you can quickly build something from scratch with less lines of code. Ruby was made popular by the Ruby on Rails framework, a full-stack web framework that makes prototyping a breeze, making it a web framework of choice for many startups and coding beginners alike.

Reasons why one should learn ruby:

The aim of this project is to build a basic Posts API where we have a user adding particular posts, using Rails and GraphQL.

Now that we have rails installed and setup, lets setup our project

Getting Started with Rails 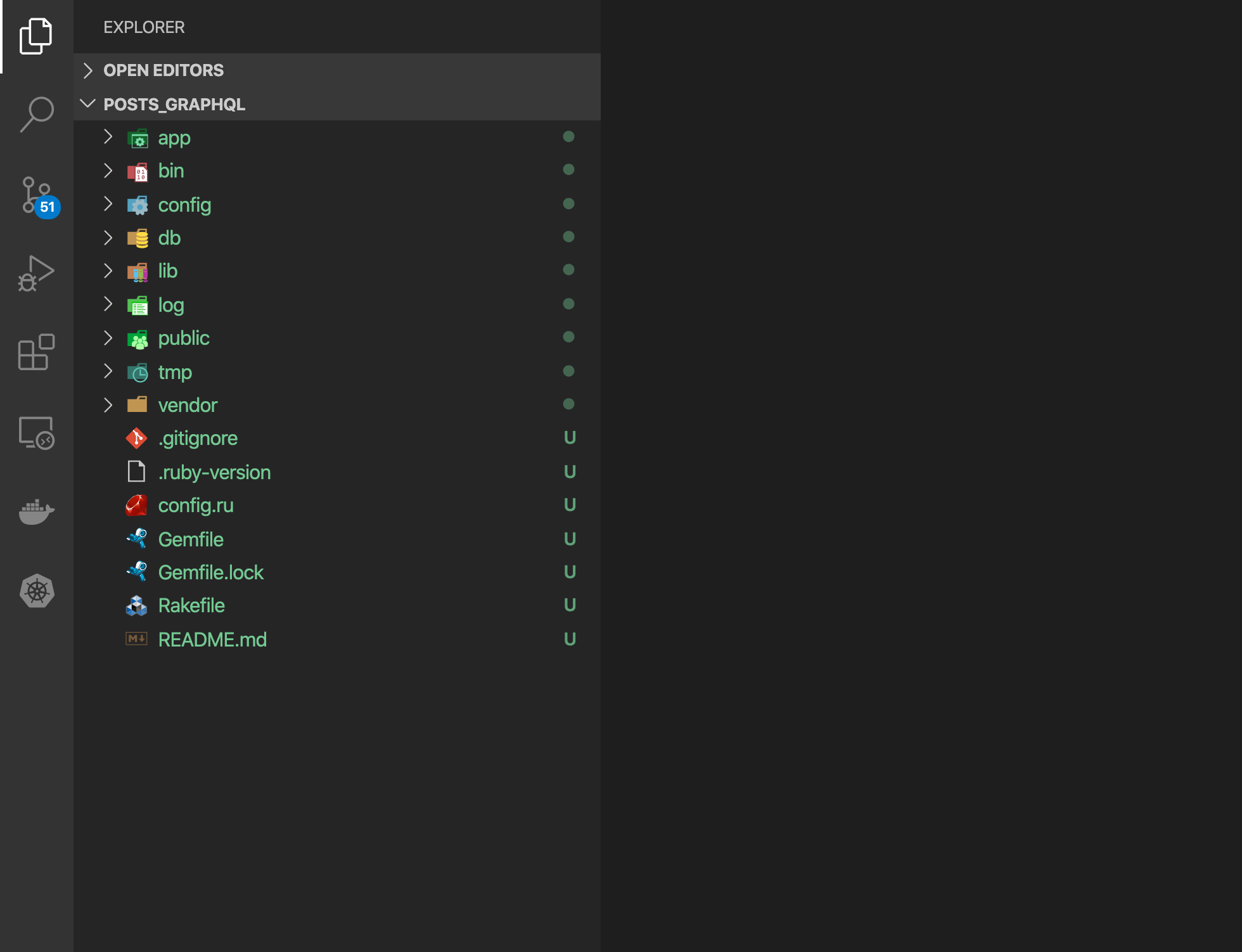 Navigate to config/database.yml and fill the appropriate values pertaining to username, password etc. as they’re used to connect to the database

Now that we’re connected to the database and generated a sample project lets generate models for the same. The key thing is, even though we’ll be using GraphQL, we’ll still use the models generated by rails.

Now that we have the models setup, lets run the migrations. To run migrations, run the command rails db:migrate

Now lets naviagate to app/models. Inside this folder, we should be seeing four newly created files, user.rb and post.rb.

For a Posting System, we know that,

So lets go to user.rb to update the code accordingly (as the second part i.e. User -> can have many -> posts was not auto generated)

Now that we’re all set, lets install GraphQL and GraphiQL. We can do this simply by adding their respective gems to the Gemfile. We’re also going to install Faker gem to pre-populate/seed the database with sample values

Once the Gemfile is modified, just run the command bundle install in the root directory of the project to install any missing gems. Now that we’re done with installation, lets seed some data. Update the seeds.rb as below

Lets then run the command rails db:seed. If nothing is shown as output, it means the command has executed successfully. Now that we have the data, lets start using graphql

Remember we had installed the gems for GraphQL and GraphiQL. Lets setup the GraphQL installation now.

Note that this command is very handy and auto-generates a lot of code for us. After running this command, we can see a new folder graphql has been created in the app directory. Also, config/routes.rb has also been automatically updated with the default graphql endpoint, which we’ll be using to mutate and list the data in our database.

With that installed, we have to configure our Rails models as GraphQL Objects. This can be done as another generation.

With that install we should be set to building queries but we need a way to visualize it and probably do a little more easily. That’s where the second gem graphiql-rails comes in which we added in the beginning. Its just a GUI interface which will help us run GraphQL queries

Note: Sometimes the sprockets engine isn’t enabled, and because of that, even after starting the rails server and navigating to the graphql page shows Loading.... To solve this issue, run the steps below:

Once this is done, we should be able to open the graphiql page

If it were just a Rails application, we’d have added code to the controller.rb file. But remember that since this is a GraphQL project, we will have a single endpoint serving all over data. So lets start modifying the _type.rb files which were generated earlier.

Lets add queries as well. For this, update the file query_type.rb

Now lets goto our graphiql page and type the query below 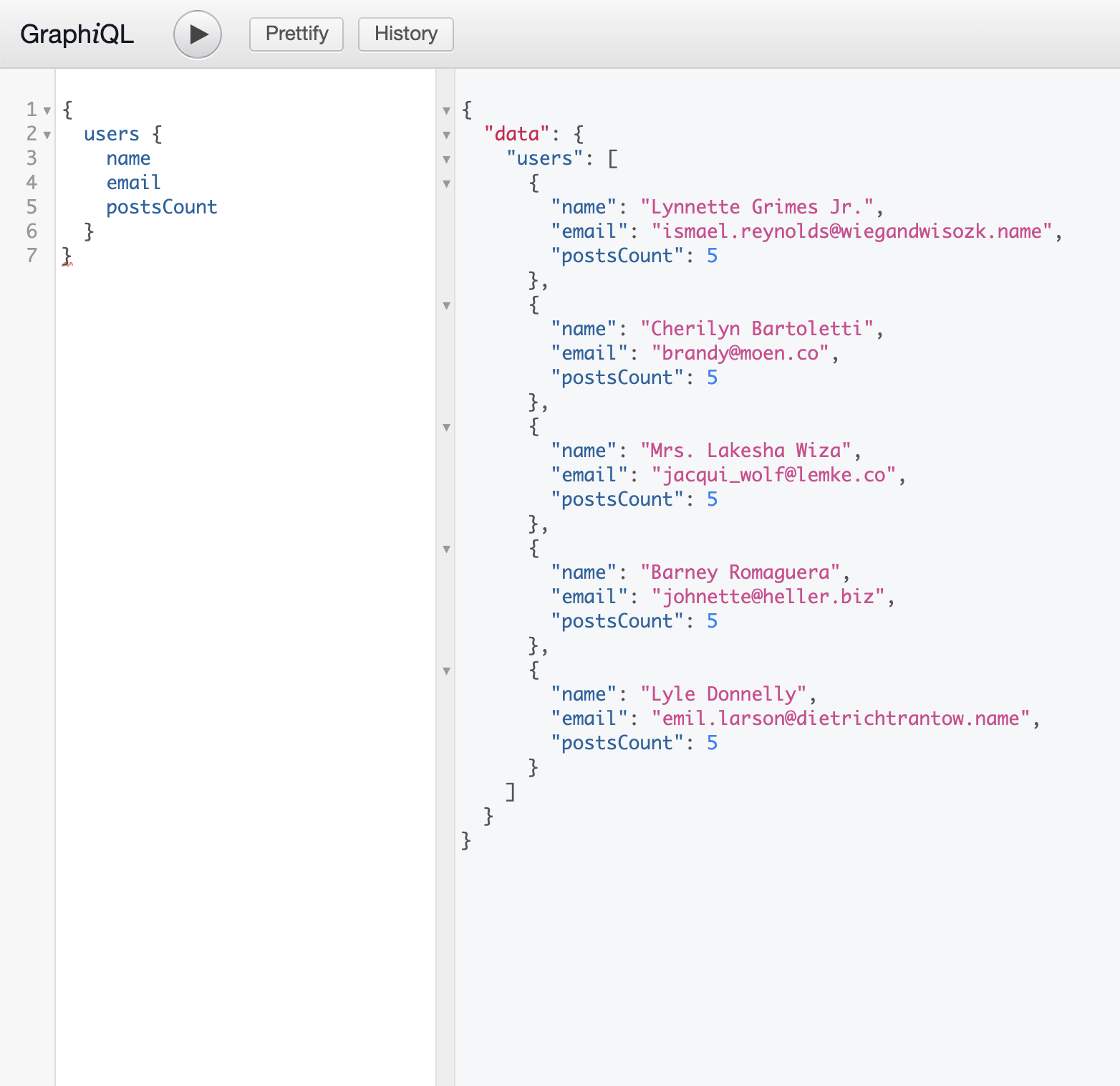 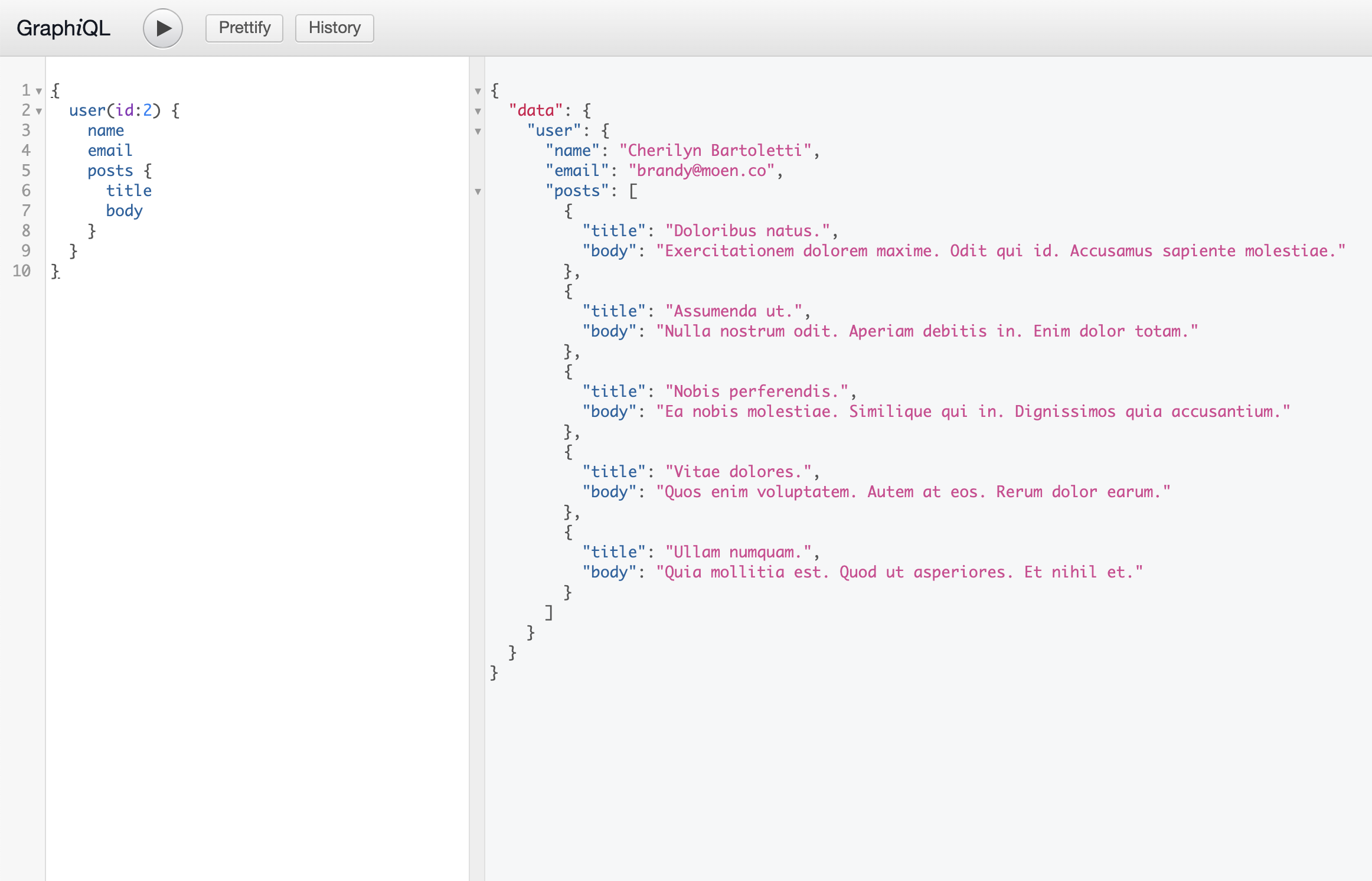 Mutations is essentially creating or modifying the data in GraphQL. Lets go over to the graphql/mutations. Make sure you have a file called base_mutations.rb. In case if its not auto generated, just use the code below (found it in Ruby GraphQL Docs)

Now, for our users model, we want to have our own custom mutation. Lets create a new file create_user.rb which handles this action.

Now that we have created our custom mutation, we need to link it to GraphQL. To do that, go to graphql/types/mutation_type.rb and add the field create_user with custom mutation CreateUser.

Similar to the mutation above, please refer to update_user.rb and delete_user.rb which are mutations for updating & deleting users respectively.

The query to update users:

The query to delete users:

The entire source code can be found here

Thank you for reading the Agiliq blog. This article was written by yvsssantosh on Apr 27, 2020 in ruby ,  rails ,  postgresql ,  graphql ,  graphiql .